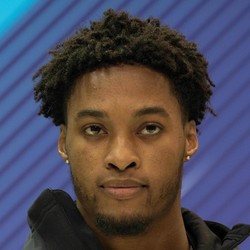 Denzel Ward take an interception back for his first TD

Denzel Ward was a difference-maker on Sunday against the Bengals, recording four solo tackles, one assisted tackle, two pass breakups, and an interception returned 61 yards for six points, as the Browns won, 27-19.

Ward's first ever pick-six helped shift the tide in the ball game by coming right after Baker Mayfield's own interception, while also putting the Browns on the scoreboard. While Ward is a cornerstone for his team's defense, he's doesn't produce much in the way of fantasy value on a week-to-week basis.