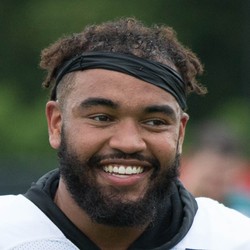 Derek Barnett will have his fifth-year option exercised by Philadelphia

According to sources, the Philadelphia Eagles intend on exercising their fifth-year option on defensive end Derek Barnett.

With the fifth-year option, Barnett will remain an Eagle through the 2021 season. The former 2017 first-round pick out of Tennessee has recorded a total of 67 tackles, 14 sacks and three forced fumbles in 35 career games with the Eagles. He had his best season last year in Philadelphia, recording a career-high 6.5 sacks. He’ll look to build on that production heading into the 2020 season.