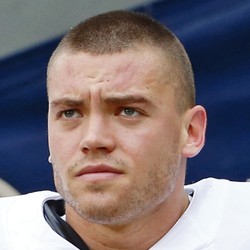 Derek Carrier returns, catches one pass in win over Bears

Derek Carrier, who missed the Monday night game against Dallas, returned to action Sunday against Chicago and caught one pass for seven yards before leaving with a knee injury in the Redskins' 24-21 win over the Bears.

Carrier has not caught more than two passes in a game since Week 6 and was brought in to be an insurance policy for Jordan Reed, but it's been the former 49er that cannot stay healthy while Reed has delivered a Pro Bowl caliber season. Carrier does not get enough usage to merit a start in even the deepest of leagues.