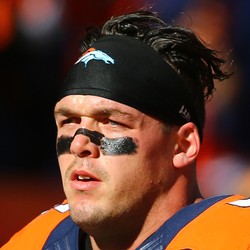 Derek Wolfe suffered an apparent left elbow dislocation in the fourth quarter of a 23-20 win over the Chargers and will get an MRI on Monday to confirm his injury. Up until that point, Wolfe had recorded two solo tackles, three assisted tackles, two TFLs, two sacks, and three QB hits.

Wolfe stepped up in the absence of Von Miller and had a major impact on this game, disrupting Chargers' quarterback Phillip Rivers all day. Wolfe set a new career-best with his seven sacks on the season, though it may be overshadowed by his possible season-ending injury. With pass-rusher Bradley Chubb already out for the year, Denver may have problems getting to Deshaun Watson next week.