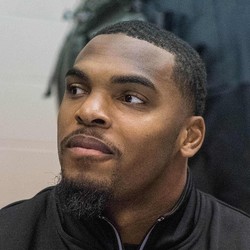 Devin Duvernay rated very highly for me in the pre-draft process and that doesn't change much with this landing spot. Duvernay has some of the best hands in this class and he's a burner. Marquise Brown and Duvernay side by side is going to be fun to watch. While Duvernay may only come onto the field in 3 WR sets to play the slot, he's still going to see enough targets to be valuable for fantasy football. This is a beautiful landing spot for him and he's going to produce almost immediately. (Additionally, go watch the reaction video of Jim Harbaugh drafting Devin Duvernay)

The Baltimore Ravens have selected wide receiver Devin Duvernay with the No. 92 overall pick in the 2020 NFL Draft.

The Ravens addressed a need on offense by selecting a wide receiver with the 92nd pick in the Draft. He can really scoot, as evidenced by his 4.39 40-time. He’s a well-built slot receiver with good route-running ability. He’s physical and very explosive after the catch and has been compared to Giants slot receiver Golden Tate. He enters into a great situation in Baltimore working with MVP QB Lamar Jackson, however he will have to compete for targets with Hollywood Brown and Mark Andrews in an offense that doesn’t need to throw the football all that often.