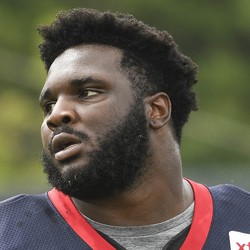 As reported at the start of free agency, DT D.J. Reader has now officially signed a four-year, $53M deal with the Cincinnati Bengals, making him the highest paid nose tackle in the NFL.

Reader is due $22.25M in the first year and $31.75M over the first two years of his new contract. The stud nose tackle out of Clemson played his first four seasons with the Texans, and now will join forces with Pro-Bowler Geno Atkins to create a very formidable 1-2 punch on the defensive line in Cincinnati.