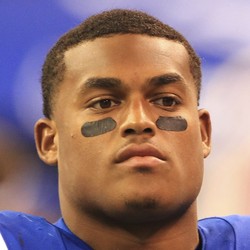 The Baltimore Ravens have signed four-year veteran tight end Dominique Jones onto their practice squad on Monday after Jones was cut from the Denver Broncos on Saturday.

Jones has spent time with several NFL teams since he came into the NFL in 2012 as an undrafted free agent with the Miami Dolphins. He has only played in 13 games and recorded a total of three catches for 42 yards (NFL). He will join TE Konrad Reuland on the Ravens practice squad.

Stacie Rigby - Girl Talk About the Ravens4 years ago