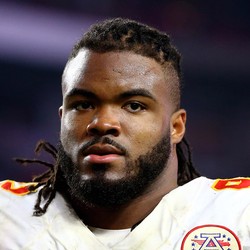 Former Falcons and Chiefs defensive tackle Dontari Poe signed a three-year deal with the Panthers, reported to be worth about $27 million total. The move leaves Atlanta with a hole on their defensive line.

Exactly what this does for IDP owners with Poe and Vernon Butler in Carolina, who is rumored to have a larger role in 2018, is unclear at this time. The extent of the contract does indicate that Poe will be counted on.