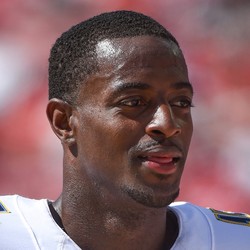 Dontrelle Inman caught one of two targets for 18 yards on Sunday as the Colts beat the Panthers by a 38-6 score in Week 16 action.

Since signing with the Colts before Week 15, Inman now has three catches over his two games played. The veteran wide receiver is on the team for depth and is not worth owning in fantasy.