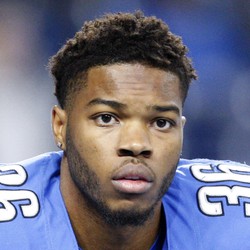 Dwayne Washington is re-signing with the Saints

Saints RB Dwayne Washington has agreed to terms with New Orleans and will return for the upcoming season.

Listed officially as a running back on the depth chart, however, where Washington does most of his work is on special teams. He played all 16 games last year for New Orleans and was a key piece for them on the special teams unit. Look for more of the same from Washington as the Saints are set at the running back position with Alvin Kamara and Latavius Murray leading the way.