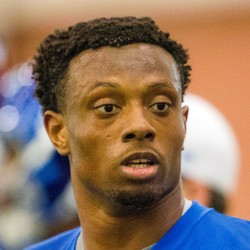 Eli Apple is signing with the Raiders

Free agent cornerback Eli Apple has agreed to terms with the Raiders.

2016's tenth overall pick will play for his third team in 2020 after being drafted by the Giants and subsequently traded to the Saints in 2018. Touted as a top defender out of the draft, Apple has failed to live up to his draft stock, recovering six fumbles, forcing three fumbles, and snaring three interceptions throughout his four-year career. With Marshon Lattimore drawing the top receiver in New Orleans, Apple was able to defend lesser-known receiver and played the best coverage of his career. He'll have the opportunity to battle for the number one cornerback spot in Las Vegas with Daryl Worley, but even if he gets that title he doesn't have much value in IDP leagues.