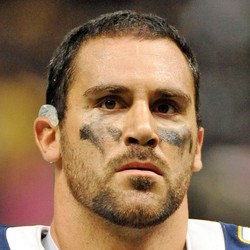 Eric Weddle announced his retirement from the NFL on Thursday.

Weddle, who spent the majority of his career with the Chargers, was first-team All-Pro in both 2011 and 2014. He also played for the Ravens from 2016-18 before spending this past season with the Rams. Weddle was the rare safety who seamlessly handed his coverage responsibilities while also being an excellent tackler.