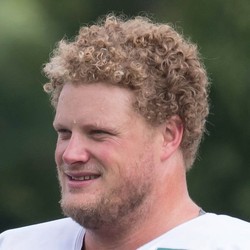 Multiple reports say Bills center Eric Wood has suffered a neck injury that will end his career at age 31.

This is a heartbreaking blow for the Bills, not only because he's been one of the better centers in the league over his nine-year career, but as the longest-tenured player on the offense, he was its heart and soul. Between this, new coordinator Brian Daboll and the expected departure of quarterback Tyrod Taylor, the Bills' offense will likely be drastically different next year, rendering 2017 pretty much useless from a fantasy prep standpoint.