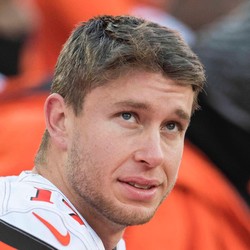 Greg Joseph did not attempt a field goal and was 4-for-4 in extra-point tries on Saturday as the Titans beat the Ravens by a 28-12 score in their Divisional round matchup.

Joseph took over the kicking role for the injured Ryan Succop in Week 16 and amazingly has yet to try a field goal attempt through the four games. Joseph is perfect in his extra-point tries going 15-for-15. Joseph and the team will face either the Texans or the Chiefs in the AFC Championship on Sunday.