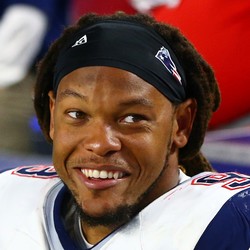 Jabaal Sheard has been good last couple of weeks

Coach Bill Belichick said DE Jabaal Sheard has been good the last couple weeks. Sheard did not even travel with the team for the Week 11 game in San Francisco, but he has played 44 percent and 54 percent of the defensive snaps in the last two games with seven tackles and a couple pass breakups over that span.

Sheard came into the season as a potential breakout for IDP leagues. He has been disappointing most of the year leading up to his benching in Week 11. He should be on fantasy owners radar as he can easily create turnovers along with sacks when he gets going.