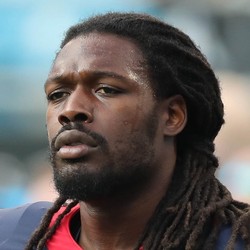 Jadeveon Clowney not drawing interest from the Raiders

The Raiders are not interested in signing DE Jadeveon Clowney.

"The Raiders are not in the Jadeveon Clowney's sweepstakes," said Dianna Russini of ESPN. The team has decided not to pursue the 27-year-old pass rusher. Clowney is seeking a deal averaging $17-$18 million per season. The Browns, Seahawks and Titans are reportedly interested in acquiring Clowney. It was also reported that the 27-year-old would have to take less money to re-sign with Seattle. Clowney is completely recovered from his sports hernia surgery and told teams that whoever signed him, "would get the best version of me.” He racked up 31 tackles and three sacks across 13 games for the Seahawks in 2019.