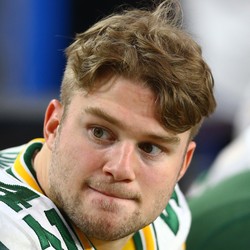 NFL Network's Ian Rapoport is reporting that Packers linebacker Jake Ryan has torn his ACL and will miss the entire 2018 season.

After being carted off the field during yesterday's practice, the worst possible news was confirmed today. Ryan was expected to start at inside linebacker alongside Blake Martinez, so this is a big blow for the Packers defense. Ryan was graded as one of the best inside linebackers against the run last year, so this matchup might be one to target as the Packers try to find his replacement. It seems they may have to rely on rookie third-round pick Oren Burks sooner than expected.