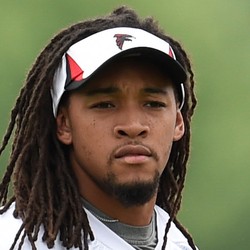 The Colts elevated cornerback Jalen Collins from the practice squad to the active roster Saturday.

Collins, a second round selection by the Falcons in 2015, signed to the Colts practice squad in November. Since entering the league three years ago, Collins has been suspended four times for violating the NFL's policies on performance enhancing drugs and substance abuse. He had 48 tackles and two interceptions in 24 career games (eight starts) with Atlanta. He also has three postseason starts under his belt including a start in Super Bowl LI against the Patriots in February 2017. Collins was released by the Falcons in November 2017.