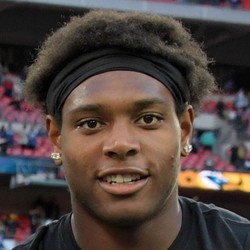 Rams DB Jalen Ramsey told reporters on Tuesday morning that he would report to training camp even without a contract extension.

Ramsey is entering the final year of his contract, but feels comfortable reporting to training camp with Los Angeles regardless of his contract situation. That is a far cry from how Ramsey handled his time in Jacksonville for the latter part of his career with the Jaguars. He was traded to the Rams early in the 2019 season after publicly speaking out about his desire to be dealt. The former 2016 fifth-overall pick is set to make a cool $13.7M this season and feels confident a long-term extension is forthcoming. One of, if not the best defensive back in the game could become the highest-paid DB in NFL history when he signs his extension.