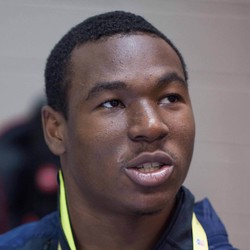 Jamaal Williams rushed three times for six yards, adding two receptions on three targets for one yard in the Packers’ 37-20 loss to the 49ers on Sunday.

After a strong first half of the season, Williams finished the year on a downward trajectory, and he ceded the majority of running-back touches to workhorse Aaron Jones. The former offered some flex appeal this season thanks to his complimentary work in the passing game, and the tandem of he and Jones will return for another run in 2020.

Deposit $10 at a DFS partner site you have NOT played at and get a FREE 6 Month HOF Subscription!
Claim Offer
Most Accurate Experts
for Jamaal Williams
Consensus Rankings
View all Flex Rankings