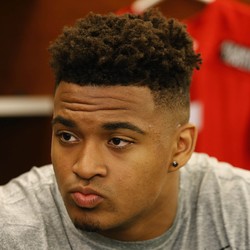 The Jets are expected to "stand pat" and "let this play out" on Jamal Adams' trade request, per Ian Rapoport of the NFL Network.

The Jets are standing pat and will let the situation play out. The team has stated that they would listen to offers, but are not interested in dealing their star safety. Adams is looking to become of the highest paid defensive players in the NFL and has two years remaining (if his fifth-year option is picked up) in his rookie deal. The eight teams that Adams would welcome a trade include the Cowboys, Ravens, Texans, Chiefs, Eagles, 49ers, Seahawks and the Buccaneers. His top destination would be the Cowboys as he recently said in a video, "I'm trying to go to Dallas." Adams is reportedly seeking an extension worth $20 million annually. He racked up 75 tackles, 6.5 sacks, one interception and two forced fumbles across 14 games in 2019. Adams is currently ranked first among all defensive backs in the latest IDP expert consensus rankings.