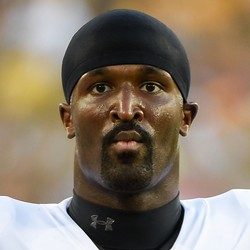 Jones was brought into San Diego in the wake of Stevie Johnson's season-ending injury in training camp, however, his stay did not last long. The nine-year veteran had an outstanding 2015 season, which could be what attracts other suitors to Jones, but he will likely have to wait until the injury bug hits around the league to land with a new club.