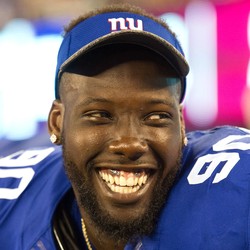 The veteran defensive end took full advantage of a positive Week 16 matchup. Against the Texans' offense, he had four solo tackles, three tackles for a loss, and three sacks. On the season, he now has 6.5 sacks in nine games played. The matchup this week is a positive one as the Falcons' offense has allowed 44 sacks with 26.5 being credited to the defensive line position.

Adam Schefter of ESPN reports the Bucs are bringing back Jason Pierre-Paul on a two-year, $27 million contract.

"JPP" played in just 10 games for the Bucs last year, missing time with a neck injury early in the season. He went on to total 24 tackles and 8.5 sacks in his limited game action, and he'll now return to a Tampa Bay defense that was dominant at stopping the run in 2019.