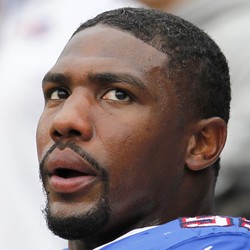 Hughes confronted Ellison for allegedly calling him a “b—h” during Sunday’s contest. The NFL placed Ellison on administrative leave earlier in the week. Ellison has a history of discipline for similar incidents, including serving a one-game suspension for inappropriate language toward Redskins tackle Trent Williams in 2013.