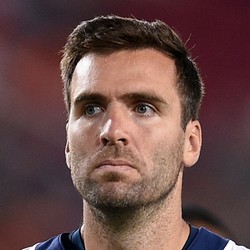 Joe Flacco has officially signed with the Jets

In a subsequent move, the Jets have released P Ian Berryman to make room for Flacco. In an update on his health on Tuesday, Flacco told SiriusXM NFL Radio that he likely won’t be ready to go on Day One as he works his way back from April neck surgery. He went on to say that he is optimistic that he’ll be ready to go by the middle of September. The Jets signed Flacco to a one-year deal this off-season to secure a veteran with a ton of experience as a backup to Sam Darnold after a rough experience at the quarterback position last season when Darnold missed a few games.

(2020)
View Full Schedule
Who Should I Draft?
Most Accurate Experts
for Joe Flacco
Do Not Sell
Are you looking to contact Customer Support about a subscription or account related question?
Yes
No, I'm a California resident looking for the California Consumer Privacy Act form