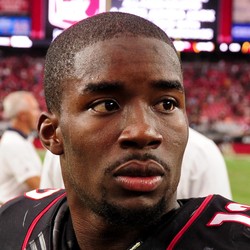 Brown was fantastic last season, but he's going to see a bit of regression this year with the addition of Stefon Diggs to the offense. Diggs is going to command targets, which limits Brown's overall ceiling. He's nothing more than a WR3/FLEX option this season that has the potential to win you a week with one or two big plays.

Bills QB Josh Allen believes the arrival of WR Stefon Diggs will “give them [John Brown and Cole Beasley] an opportunity to have more chances to catch the ball.”

Allen even talked about the rumors swirling that Diggs’ arrival would hurt Brown and Beasley’s value. He thought the exact opposite, saying, “I think it’s the other way around. John was a 1,000-yard receiver last year. Man-to-man, he’s extremely tough to cover. Cole, on the inside, if you put a nickel on him, he’s a tough cover in man-to-man.” It’s tough to see Brown and Beasley seeing more targets than they saw a season ago especially with the arrival of Diggs. What Allen could be saying is that the two veteran receivers could have more single coverage by the opposing teams 2nd or 3rd corner as opposed to their top corner. Diggs likely attracts each team’s best corner, which could lead to more catchable balls and easy opportunities for Brown. Don’t sleep on Brown this season at his current ADP of WR37. On the other hand, Diggs’ ADP is currently WR22, and it could be tough for him to hit that value as he joins a new team and tries to build chemistry quickly with his new quarterback.

(2020)
View Full Schedule
Who Should I Draft?
Most Accurate Experts
for John Brown
Do Not Sell
Are you looking to contact Customer Support about a subscription or account related question?
Yes
No, I'm a California resident looking for the California Consumer Privacy Act form