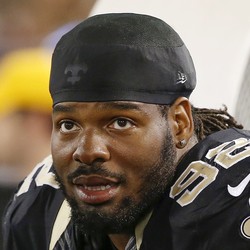 The Giants signed veteran defensive lineman John Jenkins on Tuesday. Outside linebacker Romeo Okwara was released in a corresponding move.

Jenkins adds much needed defensive line depth after both A.J. Francis and Robert Thomas were released during the team’s initial wave of cuts over the weekend. Jenkins has appeared in 59 career games (23 starts) with the Saints, Seahawks, and most recently, the Bears.