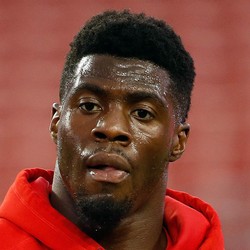 Former NFL analyst Michael Lombardi is reporting that the Lions have traded defensive back Johnson Bademosi to the Patriots, in exchange for an undisclosed draft pick.

Not going to make the headlines amongst all the news breaking on cut-day, but it's interesting to see the Lions give away some of their depth on a shaky secondary. The Lions allowed 20 touchdowns to wide receivers last year, which ranked fifth-most in the league. Playing in a division that includes the Jordy Nelson, Davante Adams, Stefon Diggs, and company, you'd think they'd be trying to acquire more cornerback help instead of trading it away.