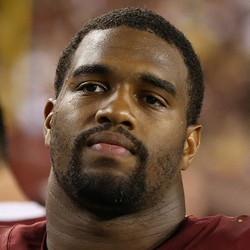 Jonathan Allen will get his fifth-year option from Redskins

The 2017 first round pick will have his fifth-year option for the 2021 season exercised by the Redskins.

Allen was selected 17th overall out of Alabama in 2017 and has established himself as the cog in the trenches for the Redskins over the last couple of seasons after a Lisfranc fracture derailed his rookie season. Over the last two seasons he's amassed 14 sacks and only missed one game. No surprise here that the Redskins would used the fifth-year option as the athletic lineman continues to develop as a pro-level tackle.