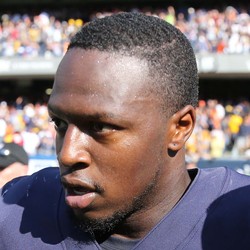 Jordan Howard is finally back, but he is expected to play second fiddle to Miles Sanders still. However, with so many pass catchers out, we could see more 2RB sets or, at the very least, a heavier commitment to the run. He can be considered a low end flex this week that is likely touchdown dependent.

Howard got off to a nice start with the Eagles last season before a late-season shoulder injury slowed him down. Still just 25 years old, Howard signed a two-year, $10 million contract with the Dolphins in free agency. One would still expect the team to bring in another back via the draft, however.

Brendan Tuma - Too Much Tuma4 days ago

Deposit $10 at a DFS partner site you have NOT played at and get a FREE 6 Month HOF Subscription!
Claim Offer
Who Should I Start?
Most Accurate Experts
for Jordan Howard
Consensus Rankings
View All Rankings