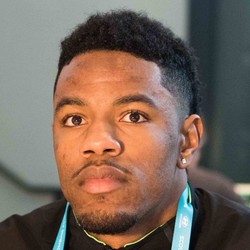 Juston Burris steps up for the Browns

Juston Burris logged four solo tackles, one assisted tackle, one QB hit, one pass defended, one INT, and a forced fumble on his lone sack, as the Browns came out on top, 21-7 against the Steelers.

Burris' strip-sack didn't end up as a takeaway for the Browns' defense, but it did prevent the driving Steelers from picking up points in the waning moments of the second quarter. His late interception of Mason Rudolph in the fourth quarter also completely ended any hope for Pittsburgh to mount a comeback. With starting safeties Morgan Burnett suffering an Achilles' injury and Damarious Randall facing a possible suspension for his hit on Diontae Johnson, Burris will probably be thrust into action once again when the Browns take on the Dolphins.