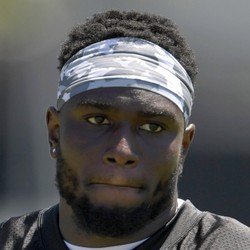 The Oakland Raiders have selected West Virginia DB Karl Joseph with the 14th overall pick in the 2016 NFL Draft.

Karl Joseph adds a playmaking safety to an up and coming Raiders defense. With Charles Woodson's retirement earlier in the offseason, the Raiders lost a veteran leader. Joseph is said to have tremendous leadership skills and could fill the void Woodson left, even as a rookie.