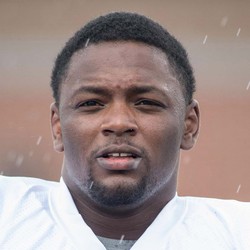 Missouri LB Kentrell Brothers will attempt to raise his draft grade at the NFL Scouting Combine later in the month. He is currently slated to be chosen in the fifth-round of April's NFL Draft. Brothers is a play maker who lacks in height and size but is known to possess the leadership skills that is attractive to NFL scouts and coaches alike.

Kentrell Brothers is rumored to have issues in the pass coverage aspect of his game. Brothers is an average pass defender who doesn't have the open-field speed needed to keep up with the backs and tight ends at the NFL level which drives down his draft value.