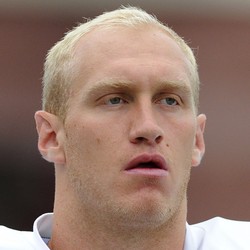 The Baltimore Ravens have brought up tight end Konrad Reuland from the practice squad to the active roster to replace rookie tight end Nick Boyle, who was suspended for violating the NFL's performance-enhancing policy.

Konrad has been on and off the Ravens practice squad for the past two years. He will be a back-up tight end with starter Crockett Gillmore and rookie Maxx Williams when they return.

Stacie Rigby - Girl Talk About the Ravens4 years ago