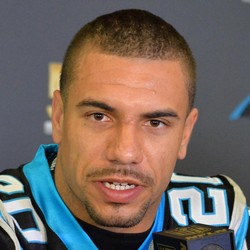 After a surprising move by Carolina and Coleman being cut for a mere $2.5 million of cap space, New Orleans has signed Coleman to a three-year deal worth $18 million. Coleman must have been smiling as that move by Carolina gave him a nice pay raise.

As for our IDP purposes, this will likely mean that New Orleans plans on continuing their three safety sets as the main key on defense. With them likely moving on from Kenny Vaccaro, Marcus Williams and Vonn Bell should be the likely free safety and strong safety with Coleman in as the third safety as the "Jack of all trades". All three should be squarely on IDP owners minds for outstanding fantasy production in 2018.