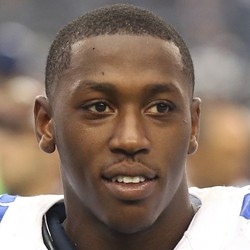 Lance Dunbar to remain on PUP list for unforeseen future

Los Angeles Rams head coach Sean McVay is suggesting that running back Lance Dunbar (knee) could open the 2017 season on the PUP list. "It doesn't look like there's any resolution in the near future," McVay said Thursday.

It appears that Dunbar, who is dealing with a knee injury, is on track to enter the 2017 season on the PUP list. He wouldn't be able to return to the team until Week 7. As a result, Malcolm Brown, whose flashed in the preseason, is working as the Rams' RB2. He will likely emerge as Todd Gurley's handcuff for the upcoming fantasy football campaign.