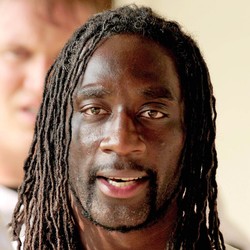 Lardarius Webb to be released

The Baltimore Ravens have announced that they will release CB/S Lardarius Webb.

The longtime Raven will be released after the Ravens signed their top target Tony Jefferson yesterday. The 31-year-old Webb finished 2016 with 73 tackles, one interception, and one sack. Webb will have a nice market considering he has better than most coverage skills. Depending on the situation he is in will determine his IDP value.