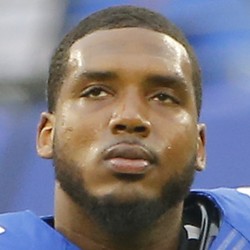 After losing Dennis Pitta and Crockett Gillmore to injury as well as Darren Waller to a season-long suspension, the Ravens signed Donnell Sunday. He'll likely compete with Maxx Williams, Ben Watson and Nick Boyle for the role of the team's TE1. Donnell caught nine touchdowns in four years with the Giants.