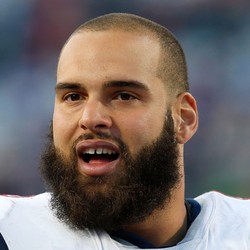 The Baltimore Ravens are adding more depth to their defensive line by signing defensive end Lawrence Guy to a two-year contract. Before this unrestricted free agent was claimed off waivers from the San Diego Chargers in September 2014, he spent time with the Green Bay Packers and the Indianapolis Colts.

Guy, 25, has the heart of a hard-nosed defender. At 6'4", he ranked 61 among defensive lineman, according to Pro Football Focus. Guy played 11 games with the Ravens last season and made 16 tackles and one pass deflection. He will feel right at home with DeAngelo Tyson, Brent Urban and Kapron-Lewis Moore.

Stacie Rigby - Girl Talk About the Ravens5 years ago