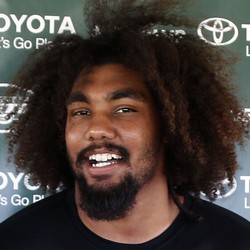 Leonard Williams expected to be franchise tagged on Monday

The two sides have been unable to come to an agreement on an extension but the Giants don't want to lose their star lineman. The Giants acquired Williams from the Jets in October for a fifth-round pick in 2021. However, by franchise tagging him that compensation becomes a fourth-round pick instead.