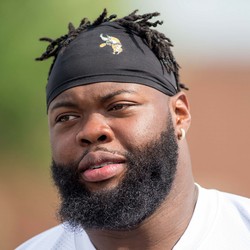 Linval Joseph recorded six tackles (four solo), two tackles for a loss, and a sack in the Vikings’ 21-16 loss to the Packers on Sunday.

Joseph recorded a sack for the second straight outing, bringing his season total to two. He’s also amassed 10 tackles (seven solo) thus far, and he’s an IDP option worth considering, based on the matchup.