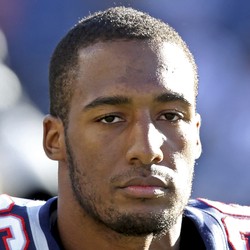 Logan Ryan gets burned by the Chiefs

Ryan struggled mightily against the Chiefs, though most defenders have trouble containing the blistering speed of Kansas City's weapons. On top of his lack of tackles, he was credited with giving up five catches for 73 yards and a touchdown. Regardless, Ryan had a fantastic year for the Titans and should be amongst the highest DBs selected next year for IDP leagues.