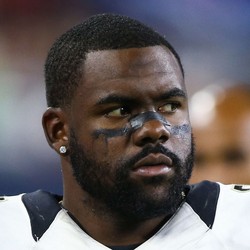 Mark Ingram bottled up against Titans

Baltimore Ravens running back Mark Ingram carried the ball six times for 22 yards and added a nine-yard reception in a 28-12 loss to the Titans in the Divisional Round of the playoffs.

Ingram was clearly limited by the calf injury that he sustained toward the end of the regular season as he was spotted on the sidelines getting treatment on his lower leg throughout the game. Despite the disappointing conclusion to his season, Ingram should be treated as a low-end RB2 in fantasy drafts for the 2020 season.

Deposit $10 at a DFS partner site you have NOT played at and get a FREE 6 Month HOF Subscription!
Claim Offer
Most Accurate Experts
for Mark Ingram
Consensus Rankings
View all Flex Rankings