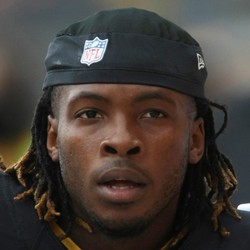 Markus Wheaton signs with the Eagles

Wheaton was with the Eagles in training camp but did not make the initial 53-man roster. However, with Alshon Jeffery expected to miss the first few weeks and Mack Hollins nursing a groin injury, the team decided to bring the veteran back. With both Jeffery and Hollins out for Thursday's opener against the Falcons, Wheaton will have an opportunity to play behind starters Mike Wallace and Nelson Agholor.