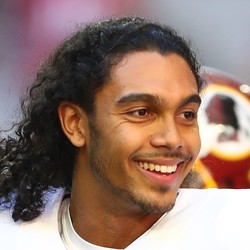 Maurice Harris released by the Patriots

Maurice Harris (leg) was waived by the Patriots Sunday.

Harris picked up a lower-leg injury of unknown nature and severity during a joint practice with the Titans. His roster spot was in jeopardy with the return of Julian Edelman, Josh Gordon, and Demaryius Thomas to practice this past week. Harris will look to latch onto another club as a possession receiver.