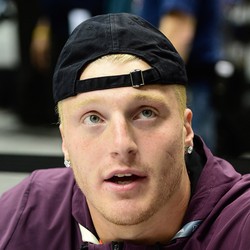 The rookie was a dominant force this past Sunday, accumulating four of the five sacks the Raiders produced. Crosby had such a good afternoon that he is currently the leading IDP through the morning and afternoon games. He'll have a chance to feast on the weak Jets offensive line next Sunday.