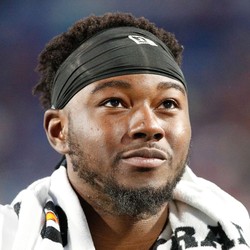 The Detroit Lions have traded TE Michael Roberts to the New England Patriots for a conditional 2020 seventh-round pick.

Roberts becomes another acquisition for the Patriots in the passing game, and he may have some late-round fantasy upside. At 6-5, 265 pounds, he’s a matchup problem in the red zone and could make an impact around the goal line. Matt LaCosse is likely to open the season as the starting TE, but with Benjamin Watson suspended the first four games of the season, Roberts could see his number called regularly. Although he’s accumulated just 13 receptions for 146 receiving yards and three TDs in two NFL seasons, the change of scenery will surely boost his outlook.