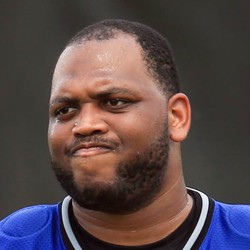 Michael Williams tore his left ACL during Wednesday's practice and he'll likely be placed on Injured Reserve, Jim McBride of the Boston Globe reports. As expected, Williams' injury was a serious one as he was seen on crutches Thursday awaiting the unfortunate results.

Michael Williams was projected to be the third TE on the depth chart for the Patriots. He has no fantasy values and his main role on the team is as a blocker. He did not get targeted in the Patriots passing game last season only catching three passes.