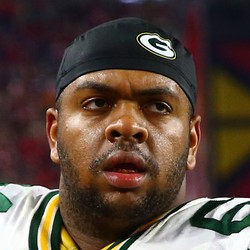 Pennel won a Super Bowl in 2019 with the Chiefs, and hopes to repeat in 2020 after signing a one-year deal with the team today. The six-year veteran started his career with Green Bay in 2014, before joining the Jets in 2017. His career high for tackles in a season is 35 in 2017. Pennel adds solid depth to the Kansas City defensive line.