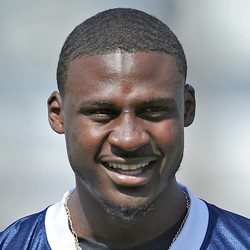 The former Cowboys and Jets CB inked a deal that also includes $1.5 million in incentives, bringing the maximum of the contract up to $3 million. He's suspended for the first four games of the season for violating the league's substance abuse policy, but Claiborne will provide added depth in the secondary when he returns.